Note: This was originally posted to storify which is of course now defunct. I've pulled together the photos and tweets I still have to tell this utterly bizarre story of 21st Century (almost) love.

In December of 2016 I was innocently riding the BART. No real thought on my mind. Texting a friend. You know... the usual. 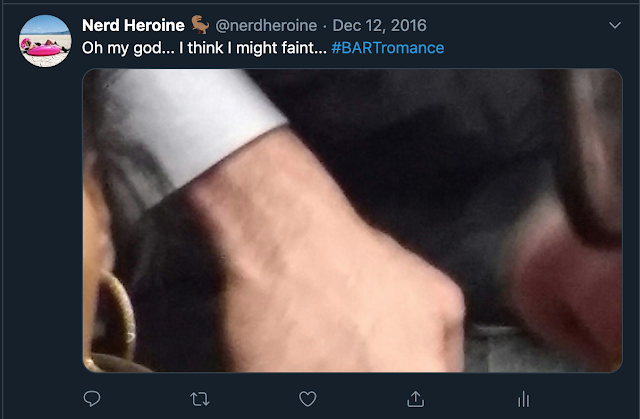 I went home that night and didn't think too much about it. I texted some friends and someone mentioned the idea of making a craigslist missed connection which struck me as, hands down, the funniest thing I could possibly do.

So of course I did it.


And my friends shared it. 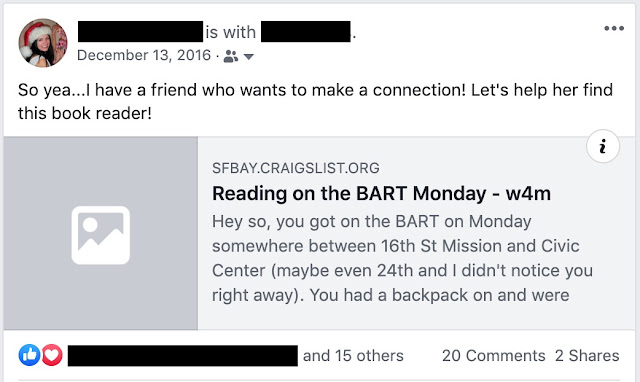 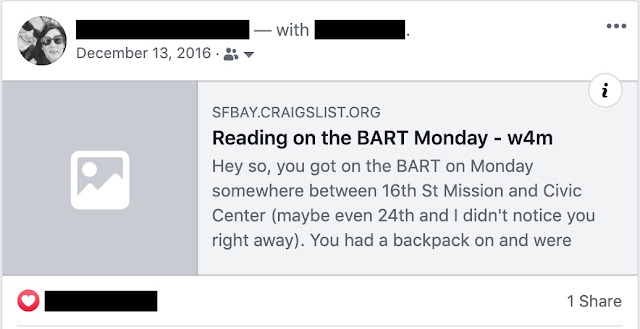 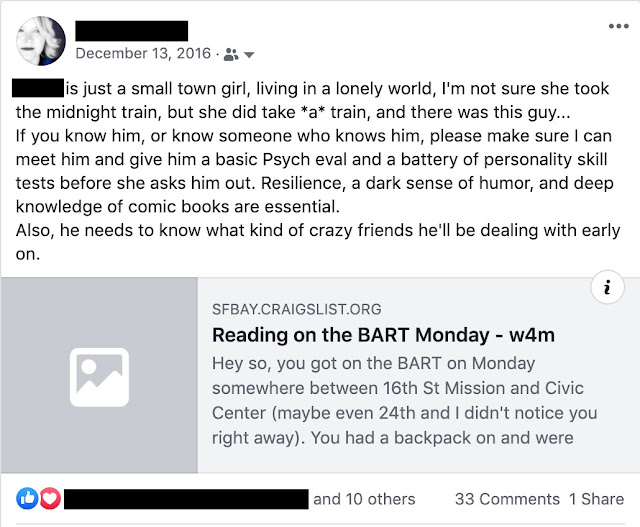 And to everyone's surprise - someone recognized him.

AND THEN THIS HAPPENED. 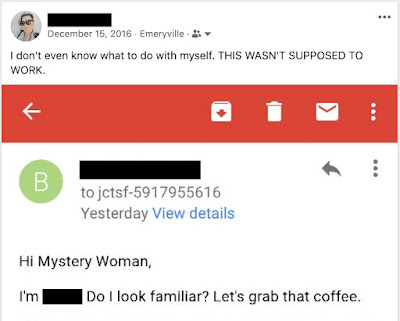 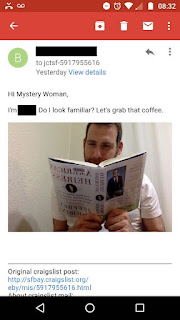 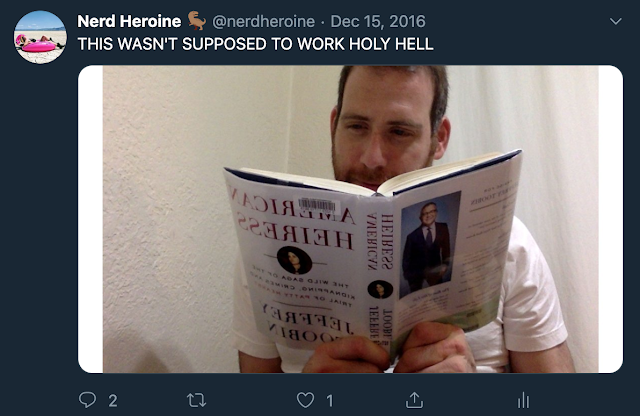 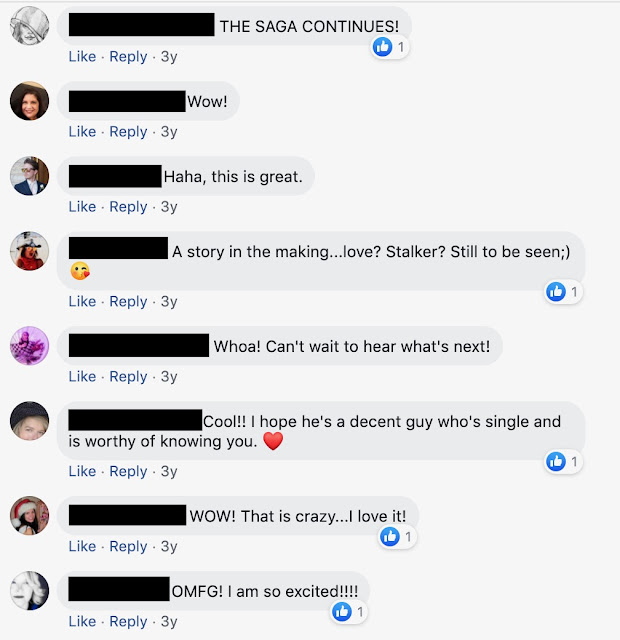 Some people were more supportive than others. 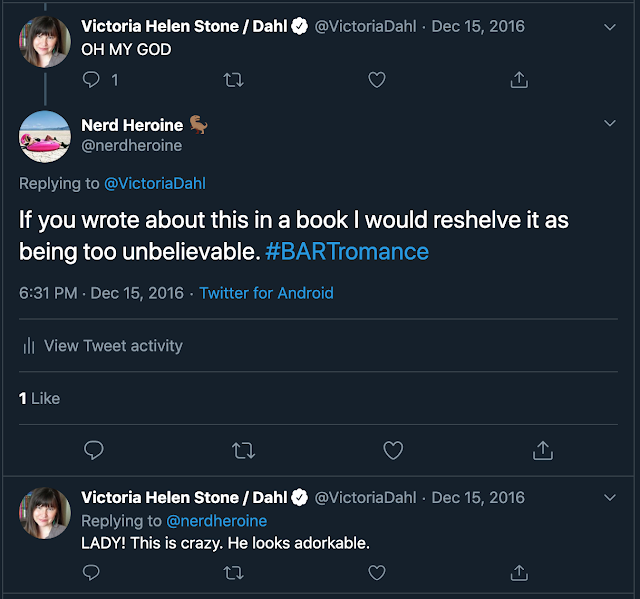 I was just completely befuddled by the entire thing

He'd asked me out but I had, as you might imagine, some concerns. First of all - this whole thing has a very creepy vibe if you looked at it for even a moment. 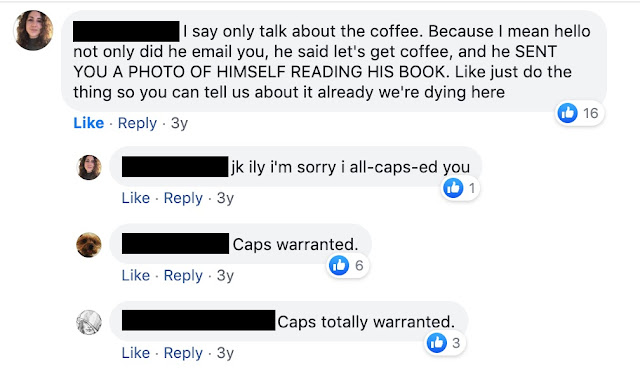 And that's how, a week after first seeing him on BART I found myself meeting a perfect stranger for coffee.

And then he arrived and we went to a nearby coffee shop and chatted about his life and mine and wandered around SF for a bit and all and all it was probably about three hours in total. 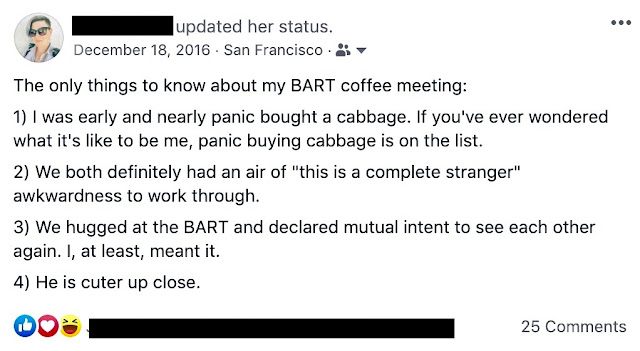 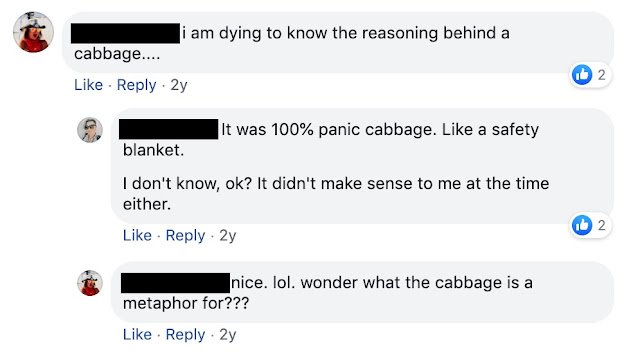 Nothing ever happened. I gave him my number and never heard from again. I might be a creepy girl who takes photos of strangers on the BART but I can also take a hint.

Wherever you are, handsome Patty Hearst-biography-reading man on the BART - I hope you're well and madly in love with someone of your own.

And me? Well At least I started a small meme amongst my friends.