My skills tend to be somewhat less than I believe they are. I over-estimate my baking prowess. While I can make a decent cake / cookie / pie, when it comes to gussying it up I fall flat.

So why am I cursing at a package of gumpaste at on a Saturday night?

Because I’m a good friend, and a friend’s birthday is fast approaching. I had originally planned on cookies and the thought was to make World of Warcraft the theme. This was before the Valentine’s Day cookie debacle (of which there were no survivors). Since it turns out I can’t decorate a heart, I almost immediately had second thoughts about an army of edible Taurens and Night Elves. But R is a good friend and he needed something awesome. And something awesome is what he shall have.

It was time to make my creative side for a road test.

I knew what I wanted to do for the cake (more on that later), but I also wanted something supercool as a side decoration. To distract from the cake if necessary. Something the likes of which the world has never seen. Something like… an edible version of R’s World of Warcraft character.

Let’s take a sidetrip here for a second – R’s character is called a Tauren. It’s a little like a minotaur and looks something like this. 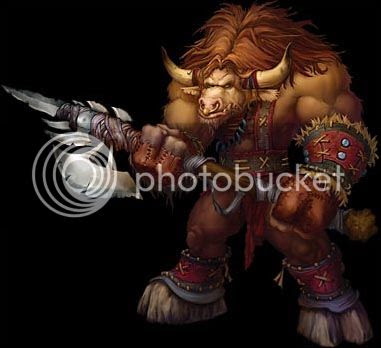 Has anyone ever heard of gumpaste? It’s about twice as appetising as it sounds (which is admittedly not much) and if you’ve ever been to a wedding chances are at least part of the cake’s decorations were made of the stuff. It’s rather like edible modelling clay (parents take note!). You can dye it to whatever colour you like, although you’ll get carpal-tunnel trying to knead in a dark colour. And I don’t care how many times I’m told you can create a decent brown using other colours, invest in a bottle of the stuff. Much like having black on hand – this will save you heartbreak down the line. Gumpaste looks like this out of the package. 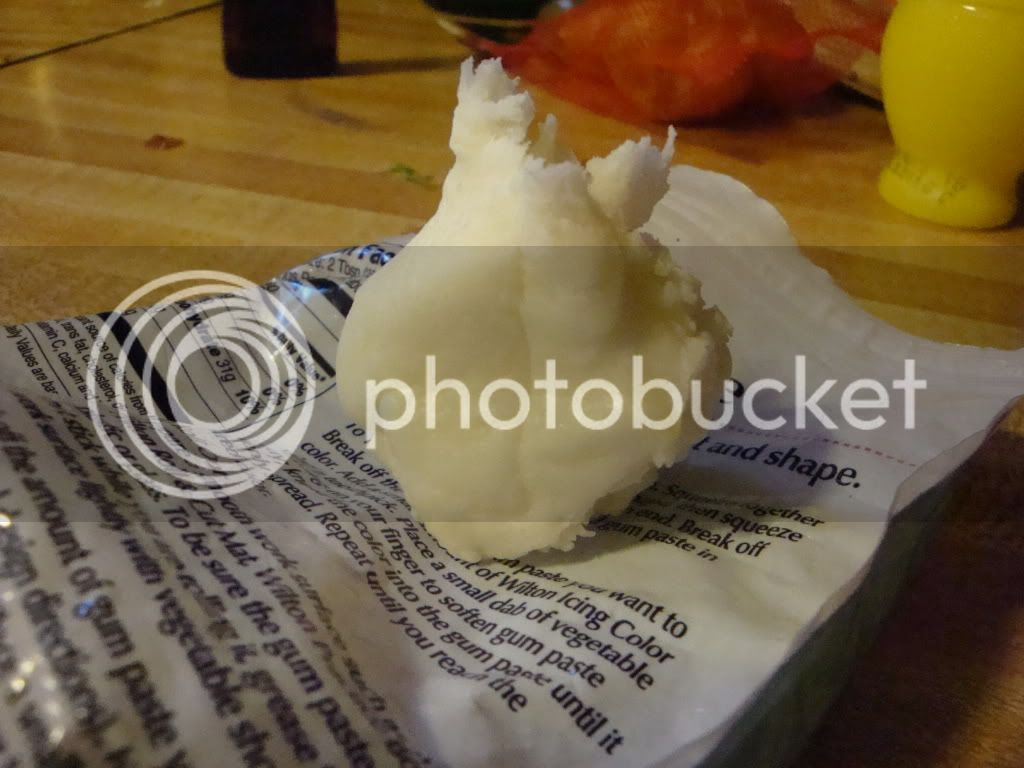 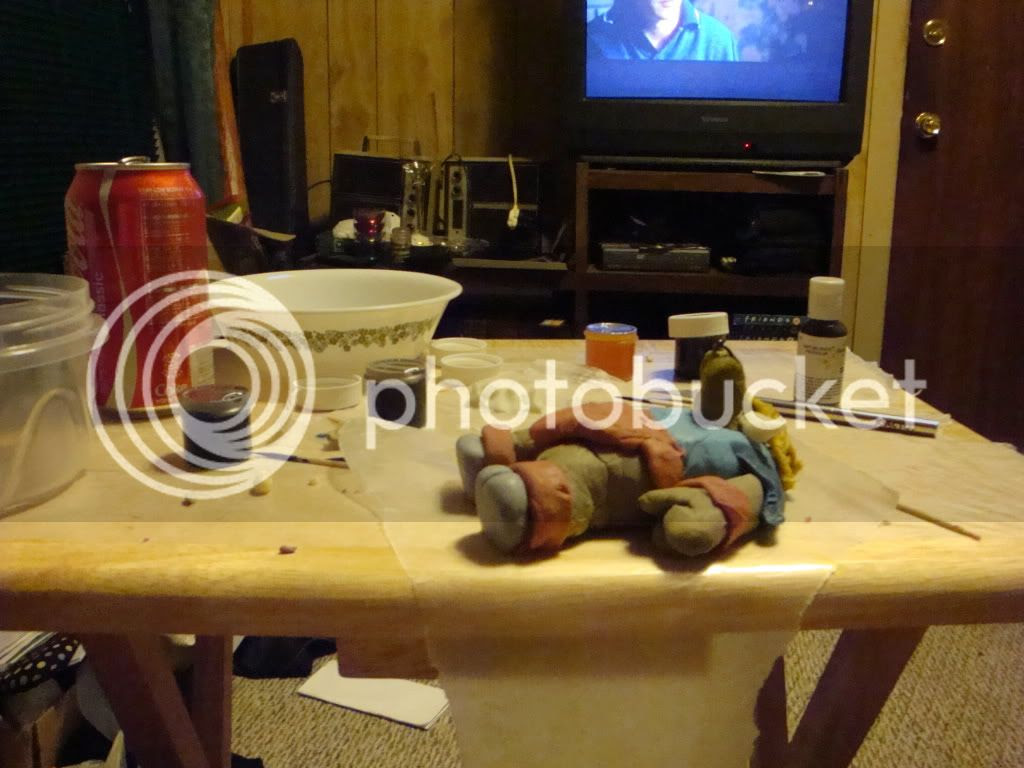 Since it was before I got the hang of this and nearly one before I finished I have no intermediary pictures. My bad. But this is what it looks like 75% done – 75% because next week I’m going to break out the food pens and and give him so minor details. Like eyes. 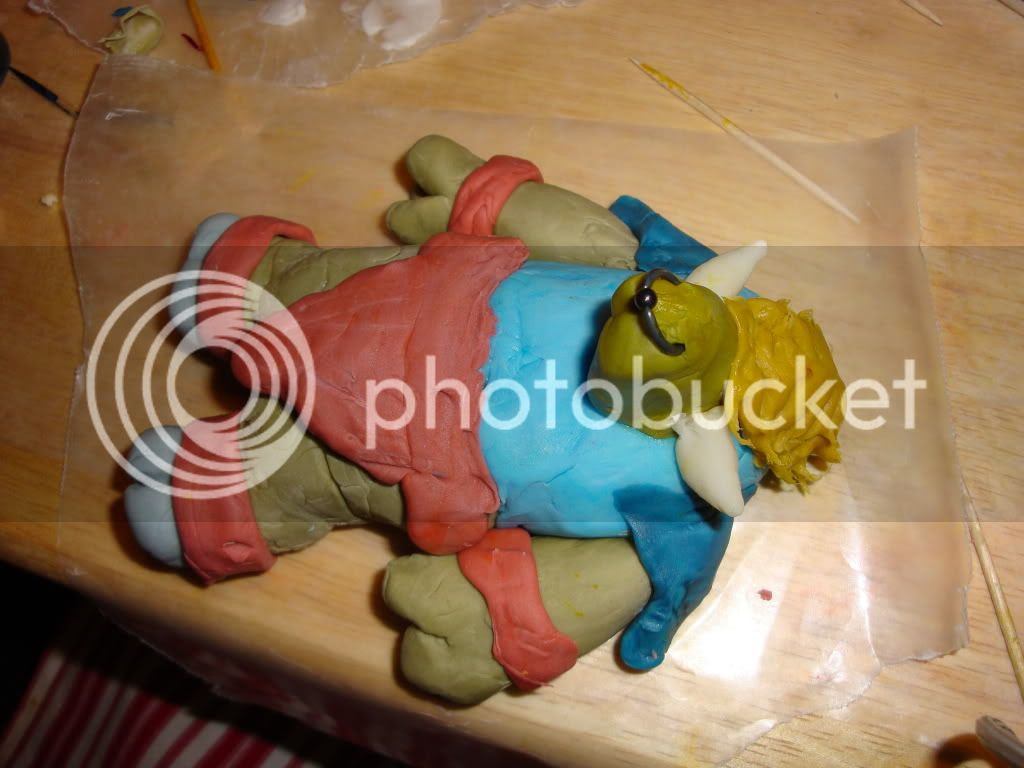 Gumpaste is a little tough to work with at first but becomes much easier as you knead and work with it. Almost too easy. The poor Tauren’s legs shortened quite a bit as I tried to stand him up to dry out. I think I’ll call you Stumpy. 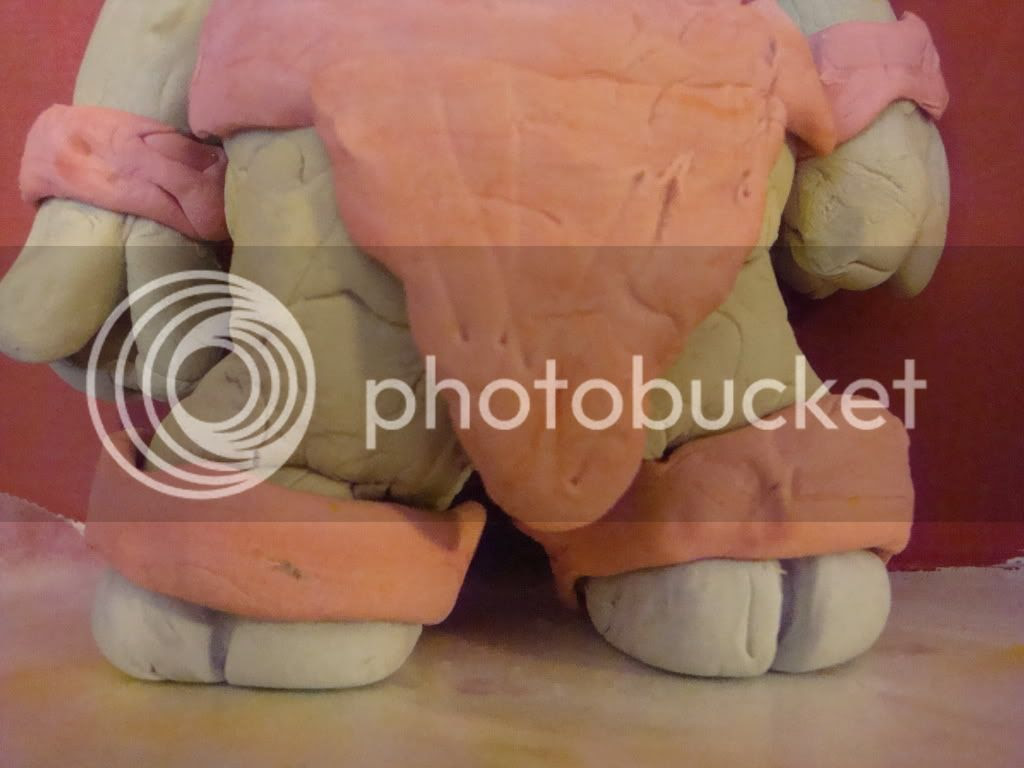 He’s missing something though…
Got it, every Tauren worth his horns needs an axe. 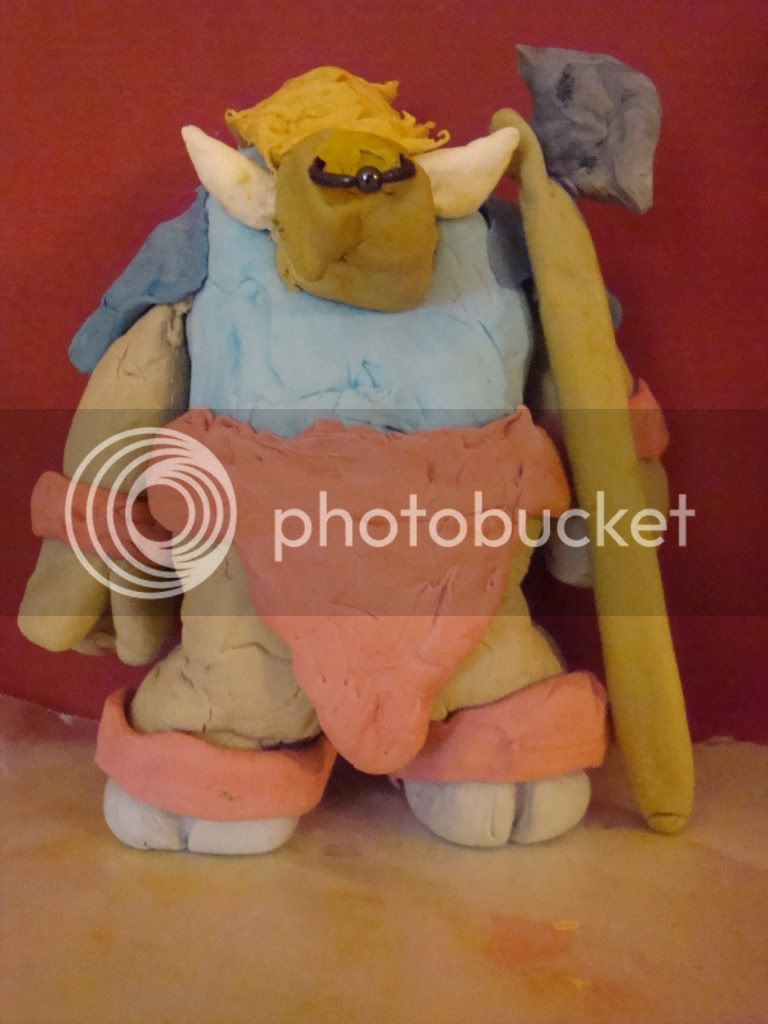 And tell me that nose ring doesn't rock your socks.