Last week I sent my bestest friend a package using a flat-rate box. I remember this well because the post office lady and I discussed how I was actually losing money because the box was so light. I also sent a painting via UPS because it was a goofy size and I didn't have a box for it.

Today I got a text saying that the UPS package arrived and to explain something in the box. This confused me. It was a pretty self-explanatory painting. When questioned, I realized she meant something from the flat-rate USPS box which included some shirts. I stated this.

[The following are our texts]

L: I believe that the wearable items were delivered by ups, dear. Check your tracking number.

NH: No, it was a USPS flat rate box. I remember it well.
And only you could figure out a way to wear the other package.

L: It was not! I'm looking at it now. It's brown.
A brown UPS box arrived today containing a pair of socks, a robe, a t-shirt and a mysterious little frame WHICH YOU ARE NOW GOING TO TELL ME ABOUT.

NH: That was a flat rate box! I VIVIDLY remember this. Because I wrote it to [name], NY NY, USA, Earth. And it made the post office lady laugh.
I VIVIDLY recall this.
And I will tell you when I am DAMN WELL READY TO.

L: I am TAKING A PICTURE OF THE BOX. RIGHT NOW.

[I have not, as of yet, seen this evidence.]

[At this point, I called and had one ring before being shunted to voicemail.]

NH: Or I'm not calling you because you're texting in class.

[She totally was, and got in trouble for trying to take a picture of the box during class.]

[A phone call followed later in which her doorman stated to god above there was no other package for her and then I had it out with her doorman and she hung up on me. A few moments later...]

L: Hmm. Maaaaybe you were right about the 2nd pkg.

[I am, as always, gracious in victory.]

I don't know what happened to the first package, or why it spontaneously changed colors. I am confused by this, but by god I was at least right about something today.
Posted by The Heroine at 15:35 No comments: 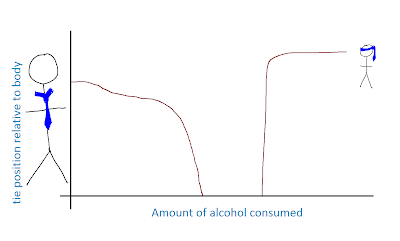 Labels: i crack me up, liquor

I came home this evening after twelve hours of work/school. I made myself a martini, put salmon and asparagus in the oven and started my rice cooker.

I'm going to go read comics for a while or something - this is just to weird.

Also, I'm making an effort to work 'like a boss' into my conversations more. Just FYI.
Posted by The Heroine at 18:17 No comments:

There is a new dance craze sweeping the nation - based off Weekend at Bernie's unless I completely miss my guess. I only guess because the Berney of 'Move it like Berney' is spelled differently.

I bring up this new dace 'craze' only because it started right here, within ten miles of my home. I am so thoroughly ashamed by this.

I would be willing to pay good money to someone willing to dance like this for me. Serious.